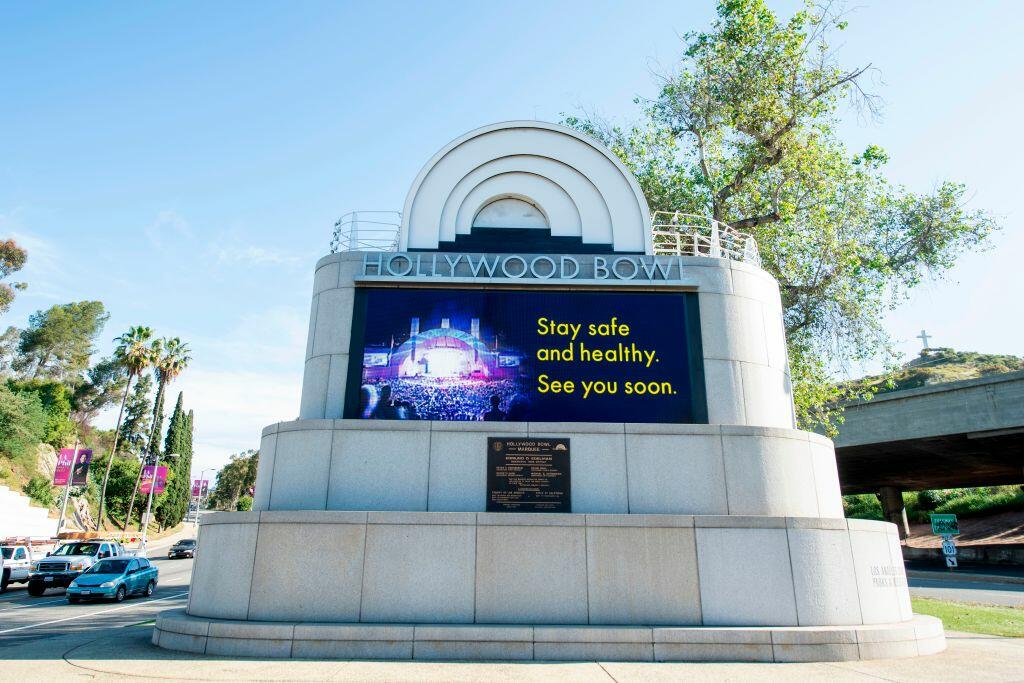 After being closed for over a year, The Hollywood Bowl and its sister amphitheater, The Ford, are both set to reopen for nearly full summer seasons in July, the Los Angeles Philharmonic Organization announced on Friday.

The Hollywood Bowl will reopen at limited capacity, welcoming back an audience of about 4,000 people when concerts resume in May. In July, the venue will kick off its 2021 season with 14 weeks of concerts, including the July 4th Fireworks Spectacular.

Information on programming, concert dates and ticketing are expected to be announced on May 11.

The Ford is also expected to reopen in late July, with a 15-week season featuring Southern California artists. Dates will be announced on May 25.

“After more than a year of tremendous hardship and incredible demonstrations of resilience and care across our community, we are looking forward to reuniting our audiences, with one another and with live music at the Hollywood Bowl and The Ford,” L.A. Phil CEO Chad Smith said.

The venue will begin hiring seasonal staff as it prepares to reopen.

The free concerts for front-line workers will include two performances by Gustavo Dudamel and the LA Phil on May 15 and May 22. L.A. artists Thundercat and Flying Lotus will perform June 12.

On June 15, the state plans a full reopening if certain conditions are met, Gov. Gavin Newsom announced this week.

While L.A. County has not yet indicated whether it will align with the state’s timeline, this could mean that the Hollywood Bowl won’t have to limit capacity at concerts in July.